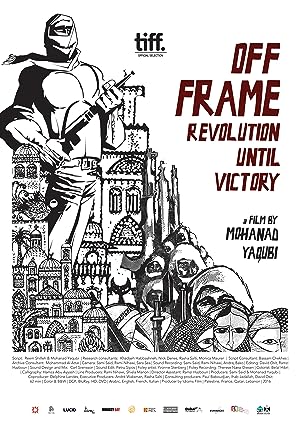 The cast of Off Frame Aka Revolution Until Victory

What is Off Frame Aka Revolution Until Victory about?

Off Frame develops following this journey, each stopover offering an exploration through flashbacks of the practices of the Palestinian revolutionary filmmakers and their relationships with the various underground networks of militant cinemas around the world. Off Frame is a creative documentary focusing on one of the main film group of the Palestinian revolution, The PFU (Palestine Film Unit), which aimed to produce a new image of the Palestinians, changing it from that of a refugee to an image of a fighter. The PFU (Palestine Film Unit) was created in a time of revolution, operating under struggle, and drew its inspiration not only from the Palestinian struggle but also from all the international revolutionary movements of in 1960's and 70's.

Where to watch Off Frame Aka Revolution Until Victory

More Documentary movies like Off Frame Aka Revolution Until Victory

More Documentary tv shows like Off Frame Aka Revolution Until Victory