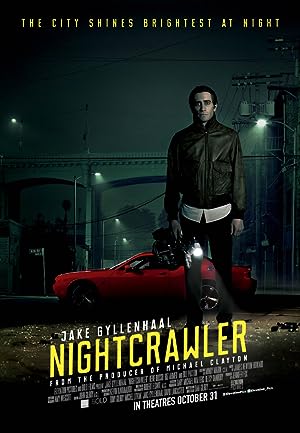 How to Watch Nightcrawler 2014 Online in Australia

What is Nightcrawler about?

NIGHTCRAWLER is a thriller set in the nocturnal underbelly of contemporary Los Angeles. Jake Gyllenhaal stars as Lou Bloom, a driven young man desperate for work who discovers the high-speed world of L.A. crime journalism. Finding a group of freelance camera crews who film crashes, fires, murder and other mayhem, Lou muscles into the cut-throat, dangerous realm of nightcrawling - where each police siren wail equals a possible windfall and victims are converted into dollars and cents. Aided by Rene Russo as Nina, a veteran of the blood-sport that is local TV news, Lou blurs the line between observer and participant to become the star of his own story.

Where to watch Nightcrawler

Which streaming providers can you watch Nightcrawler on

Here is the comprehensive list of streaming providers that will show Nightcrawler in Australia. If Nightcrawler will appear with other providers further down the line, this table will be updated.

The cast of Nightcrawler

Nightcrawler is a great Crime movie, we’ve selected several other movie options that we think you would like to stream if you have watched Nightcrawler

Nightcrawler is a great crime show, we’ve selected several other show options that we think you would like to stream if you have watched Nightcrawler