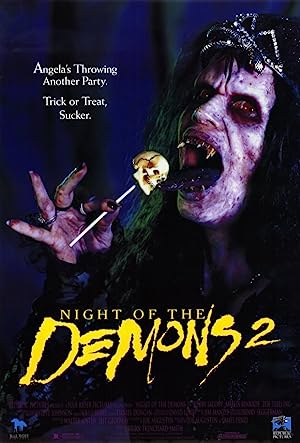 The cast of Night of the Demons 2

What is Night of the Demons 2 about?

Angela, the universe's most unpleasant party crasher, returns! Angela's sister, Mouse, is taken by her bullying Catholic school classmates to a party at Angela's favorite haunt, and before long, everybody's being turned into demons and only a butt-kickin' nun, who wields her ruler like a mighty sword of steel, can save the day.

Where to watch Night of the Demons 2

More Comedy tv shows like Night of the Demons 2