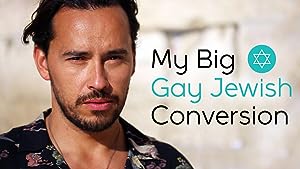 Where to watch My Big Gay Jewish Conversion What is My Big Gay Jewish Conversion about?

Simon Atkins goes on a personal journey to discover if he could convert to Judaism and whether he would be willing to sacrifice his Roman Catholic roots for his boyfriend.

The cast of My Big Gay Jewish Conversion