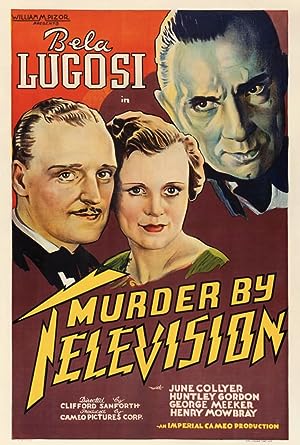 How to Watch Murder by Television 1935 Online in Australia

Where to watch Murder by Television

What is Murder by Television about?

James Houghland, inventor of a new method by which television signals can be instantaneously sent anywhere in the world, refuses to sell the process to television companies, who then send agents to acquire the invention any way they can. On the night of his initial broadcast Houghland is mysteriously murdered in the middle of his demonstration and it falls to Police Chief Nelson to determine who the murderer is from the many suspects present.

Which streaming providers can you watch Murder by Television on

The cast of Murder by Television