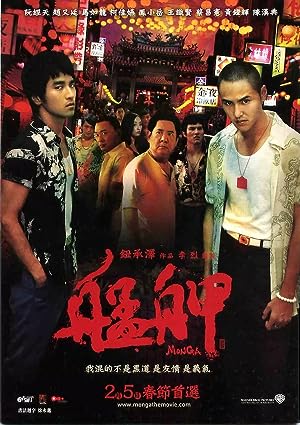 How to Watch Monga 2010 Online in Australia

The cast of Monga

What is Monga about?

Set in 1980s Taiwan, after the end of military dictatorship, Monga centers around the troubled lives of five boys coming of age together. The narrator of the story, Mosquito, is invited to be a part of the gang after a silly fight over a chicken leg. Mosquito has grown up without a father and has never had any real friends, so after Monk, Dragon and the others take him under their wing, he discovers an irresistible world of friendship and brotherhood. However, Mosquito soon discovers that in this violent world things aren't always what they seem. When a group of mainlanders attempt to take over Monga, the fragile balance over the district's turf is threatened, friendship is tested, and loyalty is questioned.

Where to watch Monga