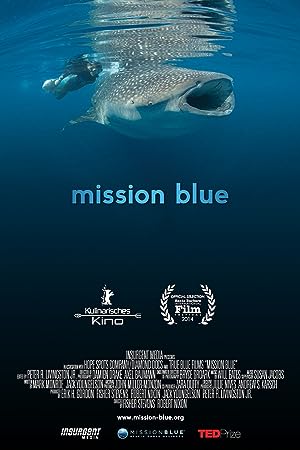 How to Watch Mission Blue 2014 Online in Australia

What is Mission Blue about?

Legendary oceanographer and TED prize winner Dr. Sylvia Earle is on a mission to save our oceans. Mission Blue is part action-adventure, part expose of an Eco-disaster. More than 100 scientists, philanthropists and activists gather in the Galapagos Islands to help fulfill Dr. Earle's lifelong wish: build a global network of marine protected areas, like underwater national parks, to protect the natural systems that keep humans alive. As the expedition ends, the Deep water Horizon oil well explodes. With oil gushing into the Gulf of Mexico, Sylvia and an environmental dream team race around the world trying to defend her 'Hope Spots'.

Where to watch Mission Blue

Which streaming providers can you watch Mission Blue on

Here is the comprehensive list of streaming providers that will show Mission Blue in Australia. If Mission Blue will appear with other providers further down the line, this table will be updated.

The cast of Mission Blue

Mission Blue is a great Documentary movie, we’ve selected several other movie options that we think you would like to stream if you have watched Mission Blue

Mission Blue is a great documentary show, we’ve selected several other show options that we think you would like to stream if you have watched Mission Blue