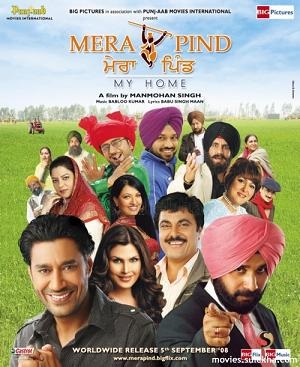 How to Watch Mera Pind: My Home 2008 Online in Australia

The cast of Mera Pind: My Home

What is Mera Pind: My Home about?

Kamalpur-based Bhullar family make a lot of sacrifices to get their daughter and eldest son married; as well as ensure their youngest, Himmat, gets a good education in Patiala's Punjabi University. After Himmat completes his education and returns home, the family even arrange his marriage with an America-based wealthy bride so that he can re-locate abroad and live a better life. The family's peace and harmony is shattered, the house gets divided, after Himmat refuses to marry the bride, and instead sets off with his friends to open a lowly Dhaba. He also starts wooing Resham, the wealthy daughter of Deep Singh, the President of Punjab Hotel Association - who will never permit her to marry a lowly Dhaba owner, and is already making plans to get her married to someone very wealthy.

Where to watch Mera Pind: My Home