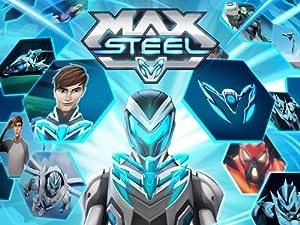 How to Watch Max Steel Online in Australia

What is Max Steel about?

Maxwell "Max" McGrath is thrown into a new life after moving with his mother to the small city of Copper Canyon. There he meets new friends, bullies, and super-villains hunting him down for a power inside him called TURBO Energy. Max must now join N-TEK, a secret organization his late father Jim McGrath started, to defeat Trans-Human Industries from taking over the world with their sinister leader Miles Dredd and his evil Elementors. Max's powers are hidden from the public and regulated with the aid of his friend Steel, who is a known as an Ultra-Link (later revealed to be an alien species), to prevent his powers from going critical. During battle, Steel transforms into Max's multiple armors for whatever terrain battle is present. Along the way, with the aid of N-TEK led by Max's uncle Ferrus, both will uncover the mystery behind Steel's past, find out what really happened to Max's father, Jim McGrath and uncover the dark secrets of N-Tek. Until they witnessed the Makino Invasion.

Where to watch Max Steel

Which streaming providers can you watch Max Steel on

Here is the comprehensive list of streaming providers that will show Max Steel in Australia. If Max Steel will appear with other providers further down the line, this table will be updated.

The cast of Max Steel

Max Steel is a great Action movie, we’ve selected several other movie options that we think you would like to stream if you have watched Max Steel

Max Steel is a great action show, we’ve selected several other show options that we think you would like to stream if you have watched Max Steel