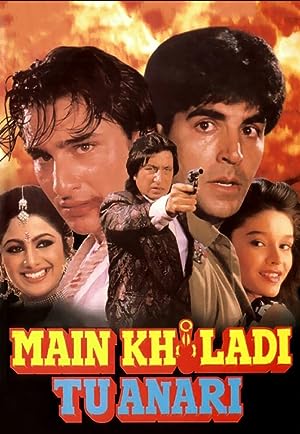 How to Watch Main Khiladi Tu Anari 1994 Online in Australia

What is Main Khiladi Tu Anari about?

Karan (Ashkay Kumar), a police officer whose brother is murdered by ruthless gangster Goli (Shakti Kapoor). Despite his best efforts, the only witness, Mona (Shilpa Shetty), is also killed. But Karan's plans for revenge are interrupted when he's ordered to work with Deepak (Saif Ali Khan), a famous actor training for his next role as a cop. The mismatched pair catch a break when they discover a crude dancer who looks just like Mona (Shetty again), and together they hatch a wild plan to bring Goli to justice.