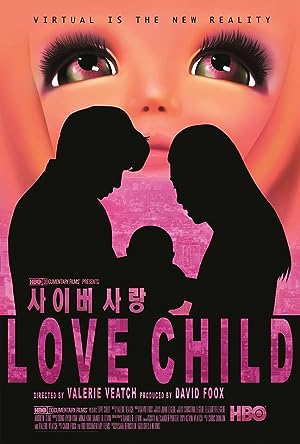 How to Watch Love Child 2014 Online in Australia

What is Love Child about?

LOVE CHILD is a documentary following of the first tried case of Internet Addiction the world has ever seen. Filmed over two years in Seoul, Korea, the film follows the story of a young couple in South Korea who were immersed in an on line game raising a fairy child and their real life baby died of neglect. The 2010 trial that followed saw the first ever usage of the term 'Internet Addiction' as the young couple's lawyer crafted a mental illness defense. Weaving together footage of the game, interviews and reenactments, LOVE CHILD tells a haunting tale set in a world where virtual is the new reality.

Where to watch Love Child

Which streaming providers can you watch Love Child on

Here is the comprehensive list of streaming providers that will show Love Child in Australia. If Love Child will appear with other providers further down the line, this table will be updated.

The cast of Love Child

Love Child is a great Crime movie, we’ve selected several other movie options that we think you would like to stream if you have watched Love Child

Love Child is a great crime show, we’ve selected several other show options that we think you would like to stream if you have watched Love Child