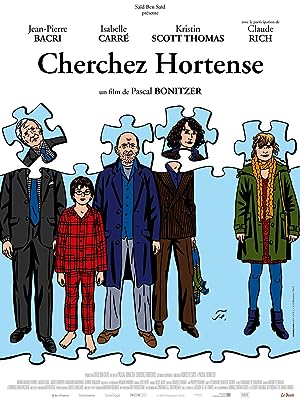 How to Watch Looking for Hortense 2012 Online in Australia

What is Looking for Hortense about?

Damien is a professor of Chinese civilization. Just now he has a problem: he has promised Iva, his life companion, to ask his father Sébastien, a state councilor, to intervene in favor of Zorica, an illegal alien. In theory, Sébastien Hauer is influential enough to keep Zorica from being expelled from France but the trouble is that he has always despised his son. As for Damien, he hates his old man. It looks as if Zorica is not on track to stay in the country for much longer...

Where to watch Looking for Hortense

Which streaming providers can you watch Looking for Hortense on

The cast of Looking for Hortense