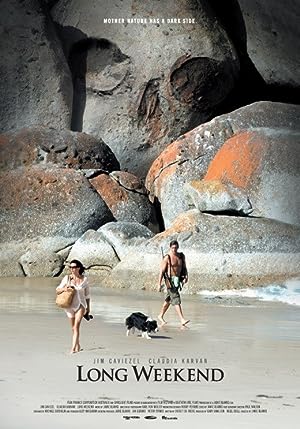 How to Watch Long Weekend 2008 Online in Australia

The cast of Long Weekend

What is Long Weekend about?

Peter and Carla have a wasted marriage and constant friction. Peter buys expensive camping gear and, despite the protests of Carla, insists they travel with their dog Cricket to camp on the isolated Moondah Beach in the North Coast with his friend Luke and his girlfriend during the rainy holiday. Peter stops in a pub at the Eggleston Hotel and leaves a message for Luke with the owner of the pub. When Peter takes what he believes to be shortcut to the beach, he gets lost and the couple spends the night sleeping in their SUV. The next morning, Peter organizes the campsite and their intrusion into and abuse of the natural environment begins. During the two days, the couple's relationship deteriorates while the nature avenges the bad treatment the couple has inflicted upon it.

Where to watch Long Weekend