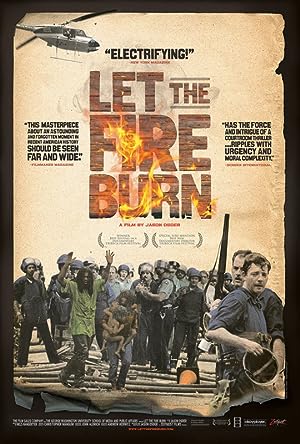 How to Watch Let the Fire Burn 2013 Online in Australia

Where to watch Let the Fire Burn What is Let the Fire Burn about?

On May 13, 1985, Philadelphia police dropped two pounds of military explosives onto a city row house occupied by the radical group MOVE. The resulting fire was not fought for over an hour although firefighters were on the scene with water cannons in place. Five children and six adults were killed and sixty-one homes were destroyed by the six-alarm blaze, one of the largest in the city's history. This dramatic tragedy unfolds through an extraordinary visual record previously withheld from the public. It is a graphic illustration of how prejudice, intolerance and fear can lead to unthinkable acts of violence.

Which streaming providers can you watch Let the Fire Burn on

The cast of Let the Fire Burn