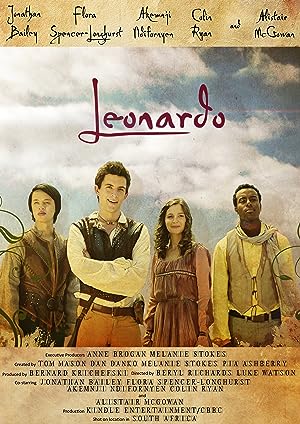 How to Watch Leonardo Online in Australia

What is Leonardo about?

A fictitious version of the life of Leonardo Da Vinci, Leonardo is an apprentice painter where he meets Lisa Gherardini as she disguises herself as boy (Tom) so she also become a painting apprentice; also it shows friendships of Leonardo, Machiavelli and Lorenzo De Medici.

Where to watch Leonardo

Which streaming providers can you watch Leonardo on

Here is the comprehensive list of streaming providers that will show Leonardo in Australia. If Leonardo will appear with other providers further down the line, this table will be updated.

The cast of Leonardo

Leonardo is a great Adventure movie, we’ve selected several other movie options that we think you would like to stream if you have watched Leonardo

Leonardo is a great adventure show, we’ve selected several other show options that we think you would like to stream if you have watched Leonardo