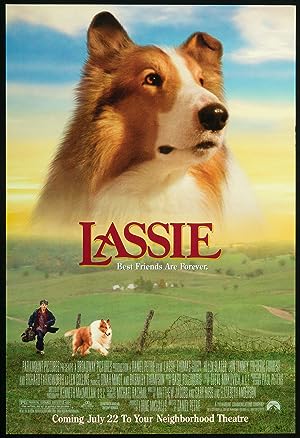 How to Watch Lassie 1994 Online in Australia

The cast of Lassie

What is Lassie about?

The dog everyone loves now leaps into the '90s in this all-new exciting, updated version of Lassie! Determined to start a new life in the country, the Turner Family - Dad, stepmom, little Jennifer and teenager Matt - leaves the city for the wilds of Virginia. The move creates problems for everyone, especially Matt, who feels lost and alone in his new surroundings. Fortunately, the Turners are helped by a homeless collie who becomes part of their lives - and Matt does a lot of growing up as a result of the dog's unflinching loyalty. Watch the extraordinary collie protect Matt from a snarling wolf, rescue him from a raging waterfall or just nuzzle up for affection, and you'll know Lassie is more than a story of a boy and his dog - it's the story of a boy and the most remarkable dog in the world!

Where to watch Lassie