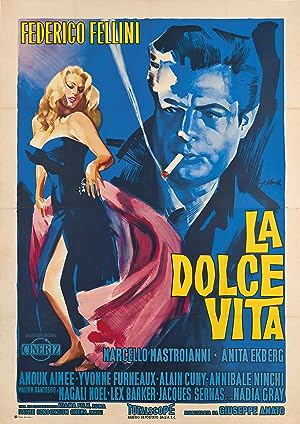 How to Watch La Dolce Vita 1960 Online in Australia

What is La Dolce Vita about?

Journalist and man-about-town Marcello struggles to find his place in the world, torn between the allure of Rome's elite social scene and the stifling domesticity offered by his girlfriend, all the while searching for a way to become a serious writer.

Where to watch La Dolce Vita

Which streaming providers can you watch La Dolce Vita on

Here is the comprehensive list of streaming providers that will show La Dolce Vita in Australia. If La Dolce Vita will appear with other providers further down the line, this table will be updated.

The cast of La Dolce Vita

La Dolce Vita is a great Comedy movie, we’ve selected several other movie options that we think you would like to stream if you have watched La Dolce Vita

La Dolce Vita is a great comedy show, we’ve selected several other show options that we think you would like to stream if you have watched La Dolce Vita