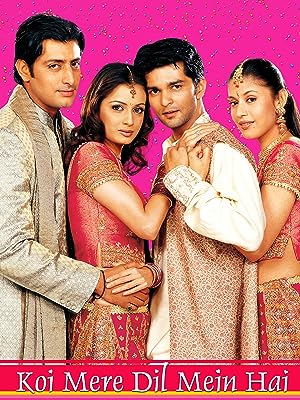 What is Koi Mere Dil Mein Hai about?

The wealthy Malhotra family consists of dad, Vikram, his wife, and son, Raj. They would like Raj to get married to their friend, Ishwarchand Mangatram Gore's only U.S. based daughter, Simran. But Raj is intent on finding his very own soul-mate - which he does in his sister's tutor, Asha, who comes from a poor family, and is refusing to accept any advances from him. On the other hand, Simran too refuses to marry Raj, as she is in love with Sameer, an up-coming singer. When Simran is summoned to India, and introduced to Raj, both plan to get their marriage canceled, and succeed. While both attempt to woo their sweethearts, they find that Sameer is Asha's betrothed. Both Simran and Raj must now come up with a plan so separate the two - and thus marry the partners of their choice.