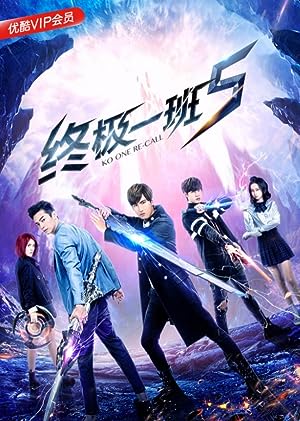 How to Watch Ko One: Re-Call Online in Australia

What is Ko One: Re-Call about?

The story takes place a month after Ko One remember, where the great battle in the iron dimension is still ongoing. simultaneously in the gold dimension, there was a huge storm in the seams of dimensions. some were swallowed by the darkness, Gu Zhan (Wes Lo) was seriously injured, leaving Qiu Qiu (Yu-Fei Wen) to blame herself. With the ultimate class falling apart, it uncovers the battle between the gold dimension and the darkness. The legendary Ya Se Wang (Calvin Chen) has returned as the new class teacher, determined to lead the students into university. The cold commander Lan Si Luo (Evan Ma), the world's weakest high-schooler Xiao Hu (Zhongxi Jin), Wan Shuang Long (Sam Lin) who was released from prison after being wanted everywhere, all fight for the new position as the class leader, the reopening of the Martial Arts Syndicate, the mask that the evil guy behind-the-scenes keeps borrowing, powers are about to shuffle around.

Where to watch Ko One: Re-Call

Which streaming providers can you watch Ko One: Re-Call on

The cast of Ko One: Re-Call