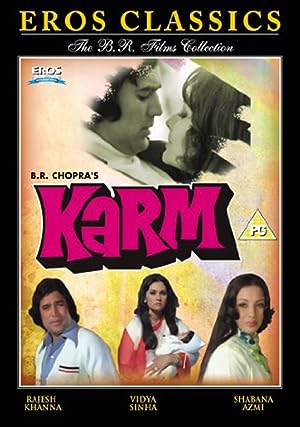 How to Watch Karm 1977 Online in Australia

The cast of Karm

What is Karm about?

Retired Judge Shyamlal Kumar lives in a palatial home with his wife and only son, Arvind, who is now studying law and is on his way to become a lawyer, and after that a judge just like his dad. Arvind meets with beautiful Asha Shastri, both fall in love and would like to get married. Asha introduces Arvind to her astrologer dad, Chintamani, who instantly approves of Arvind; while both Shyamlal and his wife give their blessings and approval to Asha. But when Chintamani, whose predictions always prove to be accurate, sees a dark future for the young couple, withdraws his blessings and asks them not to marry each other. Spooked by this, Shyamlal and his wife also ask Arvind to marry someone else. But both Arvind and Asha believe that nothing bad will befall them, and they start living together without getting married. This raises ire in their conservative community and both are blacklisted. Asha becomes pregnant, and soon they start making plans for the new addition in the family. What Asha does not know that Arvind has met a lovely young woman named Neelam Shukla, who believes that Arvind is a bachelor and wants to marry him at all and any cost. While Arvind is undecided, plagued by Chintamani's prediction and his bad reputation in courts. Watch what happens as fate takes over their lives and they are taken from one crisis to another, with no chance of getting together ever again.

Where to watch Karm