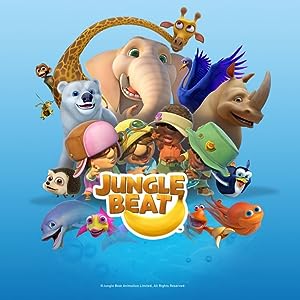 How to Watch Jungle Beat Online in Australia

The cast of Jungle Beat

What is Jungle Beat about?

Each short episode is divided into two segments - The first part involves wordless slapstick comedy among four safari explorers which introduces an animal. The second part shows (another wordless) adventure of the animal previously seen.

Where to watch Jungle Beat