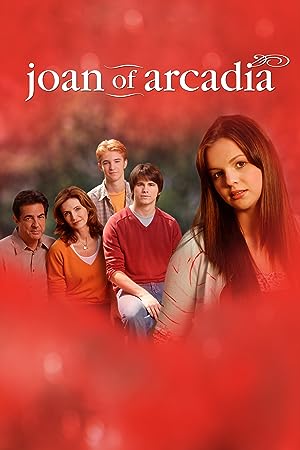 How to Watch Joan of Arcadia Online in Australia

What is Joan of Arcadia about?

Millions of people speak to God. What if God spoke back? Life just got a hell of a lot more confusing for teenage Joan Girardi, who already deals with feeling out of place in her family : her police chief father, her somewhat overbearing mother, her geeky younger brother and former football star older brother, now paralyzed. They'd never believe her if she told them that God is talking to her. Does Joan have a higher purpose on earth, or are these strange conversations just in her head?

Where to watch Joan of Arcadia

Which streaming providers can you watch Joan of Arcadia on

The cast of Joan of Arcadia

Joan of Arcadia is a great Comedy movie, we’ve selected several other movie options that we think you would like to stream if you have watched Joan of Arcadia

Joan of Arcadia is a great comedy show, we’ve selected several other show options that we think you would like to stream if you have watched Joan of Arcadia