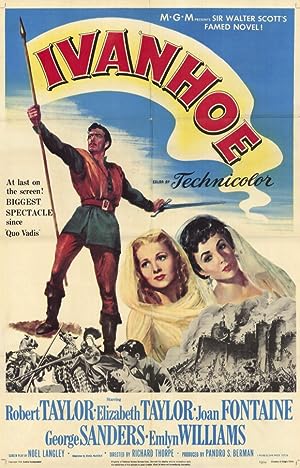 How to Watch Ivanhoe 1952 Online in Australia

The cast of Ivanhoe

What is Ivanhoe about?

In the centre of this Walter Scott classic fiction inspired film the chivalrousness and the daring stand. Ivanhoe, the disowned knight join to the bravehearted and high-minded Robin Hood, the valiant of Forest Sherwood. They want King Richard to rule the kingdom instead of evil Prince John.

Where to watch Ivanhoe