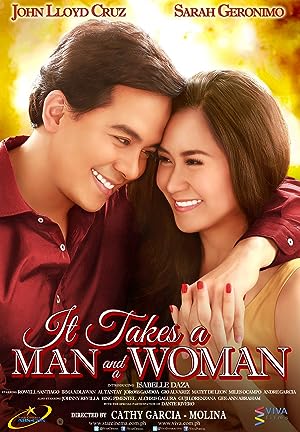 The cast of It Takes a Man and a Woman

What is It Takes a Man and a Woman about?

The film follows the life of Miggy (John Lloyd Cruz) and Laida (Sarah Geronimo) after their break-up which occurred after the events in the second film. Miggy, is now in a relationship with Belle (Isabelle Daza) while Laida is now a fiercer woman after living in the United States. They try to co-exist in the same company while Laida tries to oppose Miggy's business decisions through a series of events which made them realize the real definition of true love.

Where to watch It Takes a Man and a Woman

More Comedy movies like It Takes a Man and a Woman