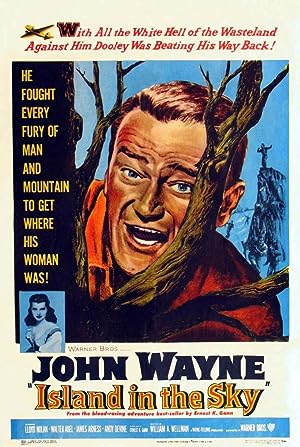 How to Watch Island in the Sky 1953 Online in Australia

What is Island in the Sky about?

A C-47 transport plane, named the Corsair, makes a forced landing in the frozen wastes of Quebec, and the plane's pilot, Captain Dooley, must keep his men alive in deadly conditions while waiting for rescue.

Where to watch Island in the Sky

Which streaming providers can you watch Island in the Sky on

The cast of Island in the Sky

More adventure tv shows like Island in the Sky

Watch Island in the Sky