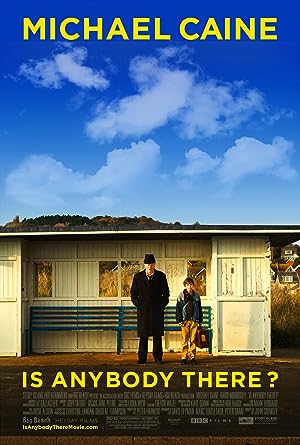 How to Watch Is Anybody There? 2008 Online in Australia

The cast of Is Anybody There?

What is Is Anybody There? about?

Set in 1980s seaside England, this is the story of Edward, an unusual ten year old boy growing up in an old people's home run by his parents. Whilst his mother struggles to keep the family business afloat, and his father copes with the onset of mid-life crisis, Edward is busy tape-recording the elderly residents to try and discover what happens when they die. Increasingly obsessed with ghosts and the afterlife, Edward's is a rather lonely existence until he meets Clarence, the latest recruit to the home, a retired magician with a liberating streak of anarchy. Is Anybody There? tells the story of this odd couple - a boy and an old man - facing life together, with Edward learning to live in the moment and Clarence coming to terms with the past.

Where to watch Is Anybody There?

Is Anybody There? Trailer