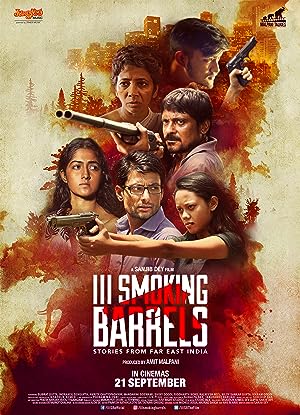 How to Watch III Smoking Barrels 2017 Online in Australia

What is III Smoking Barrels about?

The film is an anthology of three stories from Far East India, each exploring a different stage of human life . The first story is about a child, who on escaping from a rebel camp hijacks a car, transpiring in a journey that unravels her plight and prods deep into traumatic issues of children involved in armed conflicts. The next story is about a boy, a drug peddler, and his journey into the drug world. It simultaneously explores the life of his grieving mother while delving into the region that has become synonymous with drug trade. The third story is about a man, an elephant poacher, who ends up killing 15 elephants to fend for himself and his young wife. It explores his treacherous life and the murky powers that control this abhorrent business.

Where to watch III Smoking Barrels

Which streaming providers can you watch III Smoking Barrels on

The cast of III Smoking Barrels