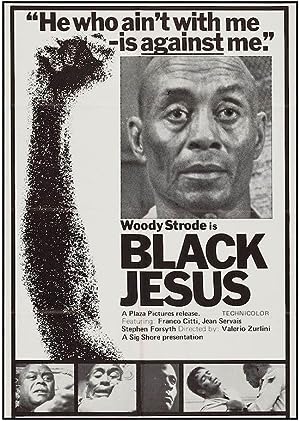 How to Watch Black Jesus 1968 Online in Australia

The cast of Black Jesus

What is Black Jesus about?

A Congo rebel leader is captured and imprisoned with two white felons in this 81-minute feature containing religious symbolism and condemnation of colonial exploitation. Maurice Lalubi is thrown in jail with a soldier and an Italian thief. The trio endures torture at the hands of their captors, while a newly formed military regime decides the fate of the insurgent. The entire horror of the confrontation is seen through his eyes throughout Lalubi's interrogation and torture. His imminent demise could turn him into a martyr and spell trouble for the new government dictator in this sometimes violent film.

Where to watch Black Jesus