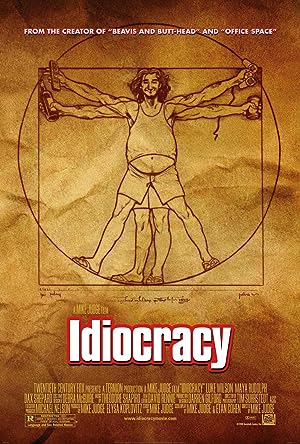 How to Watch Idiocracy 2006 Online in Australia

The cast of Idiocracy

What is Idiocracy about?

Officer Collins has been spearheading one of the US Army's most secretive experiments to date: the Human Hibernation Project. If successful, the project would store its subjects indefinitely until they are needed most. Their first test subject - Joe Bauers - was not chosen for his superiority. Instead, he's chosen because he's the most average guy in the armed services. But scandal erupts after the experiment takes place, the base is closed, and the president disavows any knowledge of the project. Unfortunately Joe doesn't wake up in a year, he wakes up in 500 years! But during that time human evolution has taken a dramatic down turn. After waking up, Joe takes a prison-assigned IQ test and finds that he's the smartest guy alive! Awaiting a full presidential pardon if he can solve one of the country's biggest problems - the dwindling plant population, Joe races against time to solve this problem. But in doing so he alienates half the country in the process! Can he make things right and escape a rather bizarre execution?

Where to watch Idiocracy