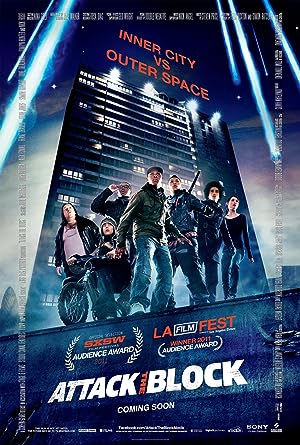 How to Watch Attack the Block 2011 Online in Australia

The cast of Attack the Block

What is Attack the Block about?

Attack the Block follows an unlucky young woman and and a gang of tough inner-city kids who make an unlikely alliance to try to defend their turf against an invasion of savage alien creatures, turning a South London apartment complex into a war-zone.

Where to watch Attack the Block