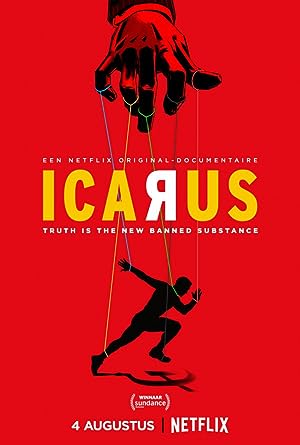 How to Watch Icarus 2017 Online in Australia

What is Icarus about?

When Bryan Fogel sets out to uncover the truth about doping in sports, a chance meeting with a Russian scientist transforms his story from a personal experiment into a geopolitical thriller involving dirty urine, unexplained death and Olympic Gold-exposing the biggest scandal in sports history.

Where to watch Icarus

Which streaming providers can you watch Icarus on

Here is the comprehensive list of streaming providers that will show Icarus in Australia. If Icarus will appear with other providers further down the line, this table will be updated.

The cast of Icarus

Icarus is a great Documentary movie, we’ve selected several other movie options that we think you would like to stream if you have watched Icarus

Icarus is a great documentary show, we’ve selected several other show options that we think you would like to stream if you have watched Icarus