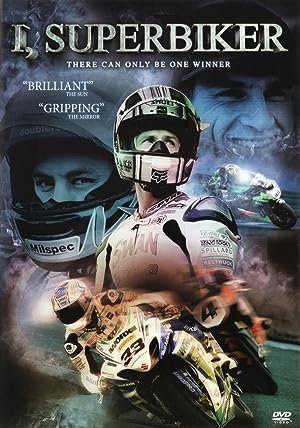 How to Watch I Superbiker 2011 Online in Australia

The cast of I Superbiker

What is I Superbiker about?

Feature film for release Spring 2011 following four superbike riders through their dramatic British Superbike Season. They are the new GLADIATORS, battling at 200MPH, riding through torturous conditions and risking life and limb at every race meeting. Only one can be the true champion. The film follows the great British hope, Tommy Hill, a fearless racer who cheated death at 14 years old. It tracks James Ellison, the northern heartthrob who came second in 2009, and HAS to win to save his career. Also Gary Mason, an ex privateer now racing on a factory Kawasaki bike who has everything to prove. And finally black leather clad Josh 'Bad Boy' Brookes, the Australian out to steal the crown from the British hopefuls. Film score by David Vanian of the Damned, music by Phil Collen of Def Leppard and Manraze. Directed by Mark Sloper.

Where to watch I Superbiker