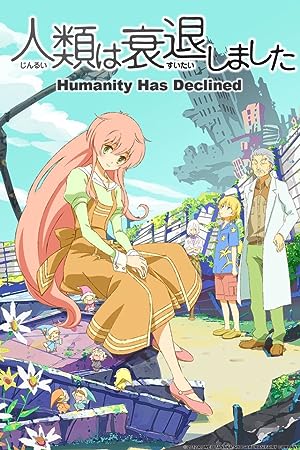 How to Watch Humanity Has Declined Online in Australia

The cast of Humanity Has Declined

What is Humanity Has Declined about?

After years of declining birth rates that has forced the human race to cede more and more territory to beings known as "Fairies," only a handful of humans remain among what's left over from human civilization while the rest of the world is dominated by these new highly intelligent creatures. However, despite humanity's diminishing importance, our young unnamed heroine (aka 'I' or 'Watashi') decides to take over her grandfather's position as a mediator between the races. She expected it to be an effortless job, but it turns out that it is nowhere near as straightforward as she had imagined, much to her dismay. Nevertheless, she will persist by maintaining good relations with the fairies while putting up with their strange, and sometimes irritating, habits.

Where to watch Humanity Has Declined