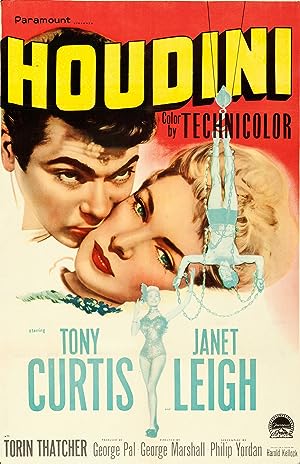 How to Watch Houdini 1953 Online in Australia

The cast of Houdini

What is Houdini about?

The amazing career of master magician Harry Houdini is presented from his beginnings with a carnival "wild man" act to his emergence as an internationally-acclaimed illusionist, From his dramatic escape from a locked safe under the frozen Detroit River to an even more improbable one from a locked cell in Scotland Yard, he never failed to please and astound his audiences. Although Houdini's tricks are achieved through his marvelous physical dexterity and innate sleight-of-hand, he courted death with the hazardous illusions he performed and his compulsive quest to make contact with the spirit world.

Where to watch Houdini