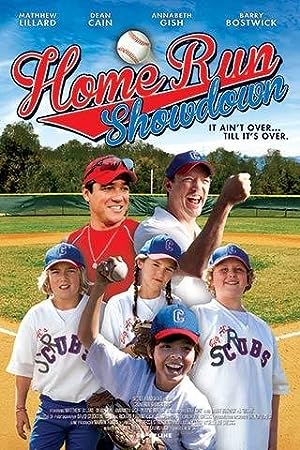 How to Watch Home Run Showdown 2015 Online in Australia

The cast of Home Run Showdown

What is Home Run Showdown about?

Joey Deluca is an ex-minor league baseball player working in his dad's sports bar. Since he left baseball, he's bounced from hobby to hobby, but hasn't stuck with anything long enough to find his new niche. Joey's brother, Rico, was a more successful and popular professional ball player. He owns the local Chevrolet dealership and coaches one of the town's little league baseball teams. When their father, Al, learns that the league needs one more coach, he insists that Joey take the job. The heart and soul of Joey's team, the Cubs, is a new kid in town named Lori. His mother died, and his father is in prison. Lori's goal is to take the field shagging balls at the upcoming Home Run Showdown. He desperately wants to be on television so his dad can see him from jail. However, only the league's top three teams can participate. He works diligently to ensure the Cubs' success, but Joey isn't as motivated. Al soon sweetens the deal for Joey by proposing that he'll leave his bar to the son whose team collects the most balls at the Home Run Showdown. Game on!

Where to watch Home Run Showdown