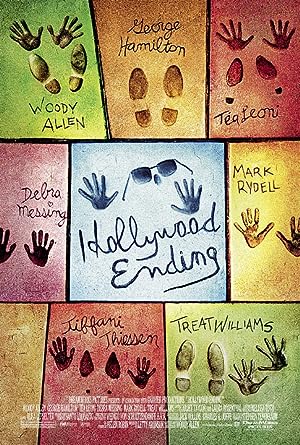 How to Watch Hollywood Ending 2002 Online in Australia

The cast of Hollywood Ending

What is Hollywood Ending about?

Val Waxman is a film director who was once big in the 1970's and 1980's, but has now has been reduced to directing TV commercials. Finally, he gets an offer to make a big film. But, disaster strikes, when Val goes temporarily blind, due to paranoia. So, he and a few friends, try to cover up his disability, without the studio executives or the producers knowing that he is directing the film blind.

Where to watch Hollywood Ending