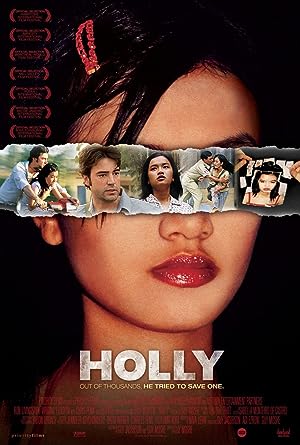 How to Watch Holly 2006 Online in Australia

The cast of Holly

What is Holly about?

Shot on location in Cambodia, including many scenes in actual brothels in the notorious red light district of Phnom Penh, HOLLY is a captivating, touching and emotional experience. Patrick, an American card shark and dealer of stolen artifacts, has been 'comfortably numb' in Cambodia for years, when he encounters Holly, a 12-year-old Vietnamese girl, in the K11 red light village. The girl has been sold by her impoverished family and smuggled across the border to work as a prostitute. Holly's virginity makes her a lucrative prize, and when she is sold to a child trafficker, Patrick embarks on a frantic search through both the beautiful and sordid faces of the country, in an attempt to bring her to safety. Harsh, yet poetic, this feature forms part of the 'K-11' Project, dedicated to raising awareness of the epidemic of child trafficking and the sex slavery trade through several film projects. The film's producers endured substantial hardships in order to be able to shoot in Cambodia and have also founded the RedLight Children Campaign, which is a worldwide grassroots initiative generating conscious concern and inspiring immediate action against child sexploitation.

Where to watch Holly