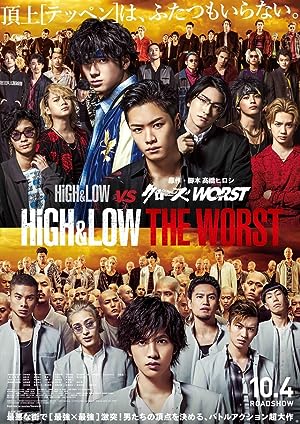 How to Watch High & Low: The Worst 2019 Online in Australia

What is High & Low: The Worst about?

Demon High School is divide into a part-time system and a full-time system, Yoshiki Murayama is the head of the Demon high school and Kaede Hanaoka has an ambition to take on the full-time world in order to challenge Murayama one day.

Where to watch High & Low: The Worst

Which streaming providers can you watch High & Low: The Worst on

The cast of High & Low: The Worst