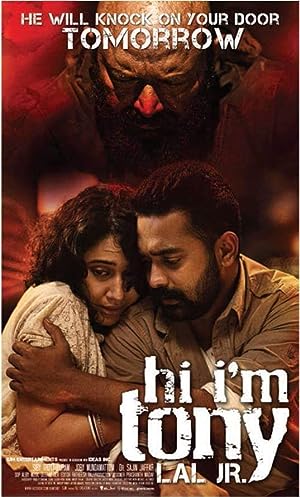 How to Watch Hi I'm Tony 2014 Online in Australia

Where to watch Hi I'm Tony

What is Hi I'm Tony about?

"Hi, I am Tony" is a horror thriller based on happenings in a day in Bangalore. Sameer (Asif Ali) and Tina (Mia) elopes to Bangalore after their days of love. They live in a flat owned by Achayan (Biju Menon). Tony (Lal) comes to their flat after he had an encounter withthem. Later he befriends them and gets in their flat where he start torturing Sameer and Tina. He ask them questions based on his Life. Tony killed his wife and put her in a bag. It is finally revealed that Tony Comes to Sameer In search of his wife's extra marital affair whom she affectionately calls Sam. As Sam is the short name for Sameer, he gets in a fight with Sameer and later he is killed by Sameer. Achayan Comes to their flat and sees the flat destroyed and Tony killed. Achayan goes out and buries the body. It is shown later that the body which is buried isn't Tony's Body but is Achayan's. A flashback shows that when Achayan tries to bury Tony's body, he gets up and attacks Achayan. Now Tony is going for taking revenge with Sameer when a Truck hits Tony and he is killed. Later, we see Achayan's house where his wife is in front of a wedding Anniversary cake of them. Their children asks her when will Dad come and she says he will come soon. The frame moves from their room and goes out of their house and finally to the name board of their house which says " Samson James"

Which streaming providers can you watch Hi I'm Tony on

Here is the comprehensive list of streaming providers that will show Hi I'm Tony in Australia. If Hi I'm Tony will appear with other providers further down the line, this table will be updated.

The cast of Hi I'm Tony