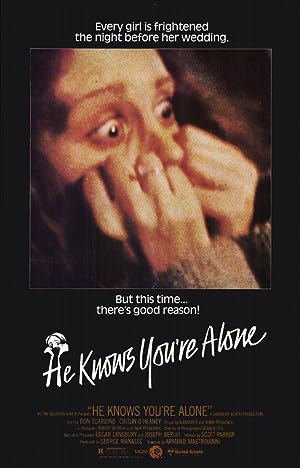 How to Watch He Knows You're Alone 1980 Online in Australia

The cast of He Knows You're Alone

What is He Knows You're Alone about?

A reluctant bride to be is stalked by a serial killer who only kills brides and the people around them. While her friends get whacked one by one, a hard boiled renegade cop whose bride had been killed years before tries to hunt him down before it is too late. Meanwhile, the bride has to figure out if it is all in her imagination or not, aided by her ex-boyfriend...

Where to watch He Knows You're Alone

More Horror tv shows like He Knows You're Alone