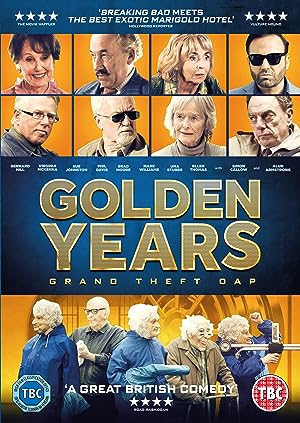 How to Watch Golden Years 2016 Online in Australia

What is Golden Years about?

Fate, the pensions crisis and a steadfast refusal to accept the injustice of old age have contrived to force law abiding, retired couple, Arthur and Martha Goode into a life of crime. Refusing to take the loss of their pensions lying down and to fade away into their declining years, our characters decide to fight back. They decide to take back what was theirs in the first place. They decide to start robbing banks.

Where to watch Golden Years

Which streaming providers can you watch Golden Years on

Here is the comprehensive list of streaming providers that will show Golden Years in Australia. If Golden Years will appear with other providers further down the line, this table will be updated.

The cast of Golden Years

Golden Years is a great Action movie, we’ve selected several other movie options that we think you would like to stream if you have watched Golden Years

Golden Years is a great action show, we’ve selected several other show options that we think you would like to stream if you have watched Golden Years