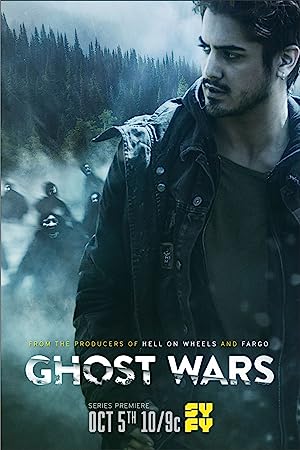 How to Watch Ghost Wars Online in Australia

What is Ghost Wars about?

A remote Alaskan town that has been overrun by paranormal forces and local outcast Roman Mercer (Jogia) must overcome the town's prejudices and his own personal demons if he's to harness his repressed psychic powers and save everyone from the mass haunting that's threatening to destroy them all.

Where to watch Ghost Wars

Which streaming providers can you watch Ghost Wars on

Here is the comprehensive list of streaming providers that will show Ghost Wars in Australia. If Ghost Wars will appear with other providers further down the line, this table will be updated.

The cast of Ghost Wars

Ghost Wars is a great Drama movie, we’ve selected several other movie options that we think you would like to stream if you have watched Ghost Wars

Ghost Wars is a great drama show, we’ve selected several other show options that we think you would like to stream if you have watched Ghost Wars