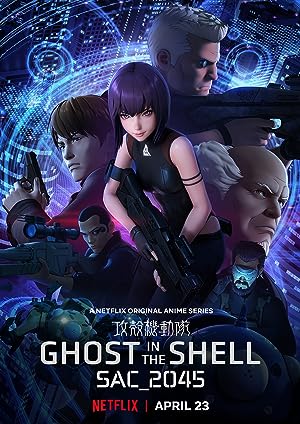 How to Watch Ghost in the Shell SAC_2045 Online in Australia

Hired as a mercenary unit, the former members of Japan's elite Section 9 are faced with the sudden appearance of "Post-Human," a being with tremendous intelligence and physical capabilities.

Where to watch Ghost in the Shell SAC_2045

Ghost in the Shell SAC_2045 Trailer

More Action movies like Ghost in the Shell SAC_2045

More action tv shows like Ghost in the Shell SAC_2045