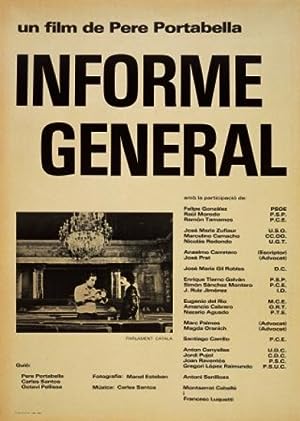 This documentary is the synthesis of the clandestine filming openly political by Pere Portabella and his environment in collaboration with Octavi Pellissa on the script, Manuel Esteban on photography and music by Carles Santos. The film made a panoramic both profound and ironic. Of unquestionable symbolic value. A chronicle of yesterday hastily made from a point of view that only thinks about tomorrow: starting with the Valley of the Fallen and ending at the Palace of Catalan Music, the film features the testimony of most political leaders of that moment having a dialogue between them: Felipe González, Santiago Carrillo, Jordi Pujol - Franco had recently died and democracy was a new word for politics.