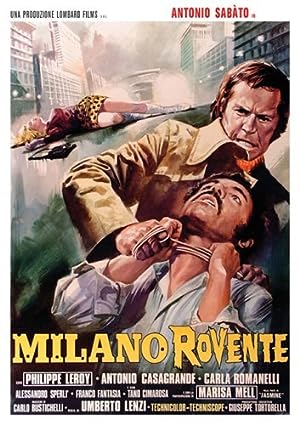 How to Watch Gang War in Milan 1973 Online in Australia

The cast of Gang War in Milan

What is Gang War in Milan about?

Salvator Cangemi is a produce purveyor in Milan, Italy, who moonlights as a pimp and runs a profitable nightclub. But the appearance of a ruthless and greedy French gangster called Le Capitaine threatens Toto's livelihood when Le Capitaine wants to unite the organized crime in Milian in order to get all of the profits. But Toto wants no part of Le Capitaine's organization and wants to continue running his own ring in a low-key way. But no one says "no" to Le Capitaine and he threatens an all-out war to keep his organized crime ring, and reputation, intact.

Where to watch Gang War in Milan