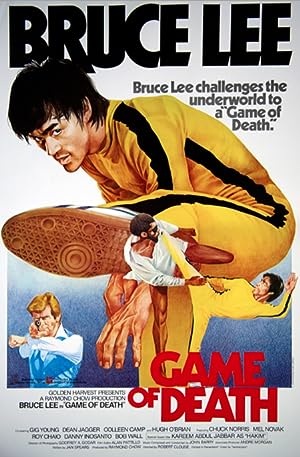 How to Watch Game of Death 1978 Online in Australia

What is Game of Death about?

In this movie, Bruce Lee is a very famous martial-arts master who stars in many films. After an unsuccessful murder attempt against him, everyone thinks his is dead, but he's just hiding, preparing his revenge...

Where to watch Game of Death

Which streaming providers can you watch Game of Death on

Here is the comprehensive list of streaming providers that will show Game of Death in Australia. If Game of Death will appear with other providers further down the line, this table will be updated.

The cast of Game of Death

Game of Death is a great Action movie, we’ve selected several other movie options that we think you would like to stream if you have watched Game of Death

Game of Death is a great action show, we’ve selected several other show options that we think you would like to stream if you have watched Game of Death