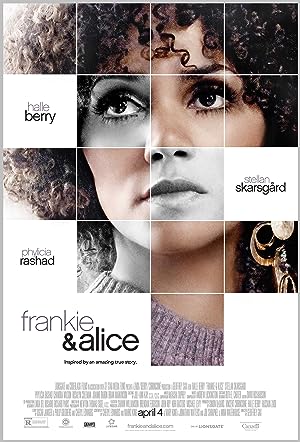 How to Watch Frankie & Alice 2010 Online in Australia

The cast of Frankie & Alice

What is Frankie & Alice about?

The story of a go-go dancer with multiple personalities struggling to remain her true self while fighting against two very unique alter egos: a seven-year-old child named Genius and a Southern white racist woman named Alice. In order to stop the multiple voices in her head, Frankie works together with a psychotherapist to uncover and overcome the mystery of the inner ghosts that haunt her.

Where to watch Frankie & Alice