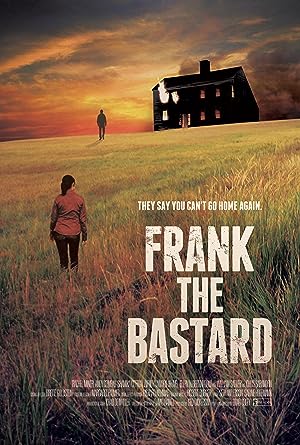 How to Watch Frank the Bastard 2013 Online in Australia

The cast of Frank the Bastard

What is Frank the Bastard about?

Still reeling from a rocky divorce and the recent death of her father, Clair Defina, a 33 year-old New York writer, needs a change. Her best friend, Isolda, suggests they drive up the coast of Maine to the remote northern region where Claire spent her early childhood. Clair and her father left when she was six, following the tragic death of her mother in a fire, and she hasn't returned since. Arriving in the quaint but dilapidated seaside town of Edgeport, Clair meets an eclectic group of locals, many of whom once lived on a nearby commune with her parents in the 1970s. She's surprised when they tell her she has family her father never told her about, a 90 year old great Aunt Dora living out on a farm at the edge of town with her daughter Alice. Over the next 48 hours, Clair must deal with an increasingly dangerous present while delving into the murky past. As she comes face to face with the toxic legacy that has been buried beneath the town- literally and figuratively-for decades, she also has a series of strange encounters with the enigmatic Frank Byron, Cyrus' bastard son. But in Frank, Clair ultimately finds her only ally in what will become a battle to redeem the crimes of the past and protect their future.

Where to watch Frank the Bastard