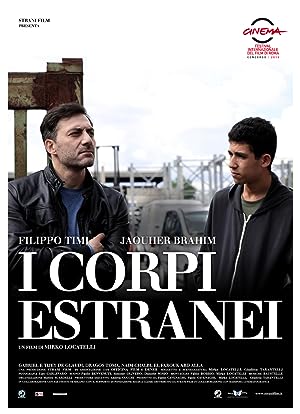 How to Watch Foreign Bodies 2013 Online in Australia

What is Foreign Bodies about?

Antonio and Pietro, a man and his child, alone in Milan to fight against illness. Pietro has a brain cancer, to move from South to North Italy seems to be a chance, maybe salvation. Jaber, fifteen years old, lives in Milan with a group of fellow countrymen. He's just arrived in Europe, with other immigrants escaping from North Africa, and from the clashes born with Arab Spring. The hospital, a city within a city, where everyone is forced to remain: Antonio to heal Pietro, Jaber to assist Youssef, his best friend. The disease is the pretext for a meeting between Antonio and Jaber, two scared and lonely souls, "foreign bodies" that are facing pain, insecurity and illegal employment, which will be setting of a changing story. Antonio will experience on his own skin, that pain has no distinctions of color, language, origin, religion or social status. And when for Antonio and Pietro will come the time to come back home, Jaber will seems less foreigner than before, the departure will be violent, their farewell so painful, suffered and unexpected.

Where to watch Foreign Bodies

Which streaming providers can you watch Foreign Bodies on

Here is the comprehensive list of streaming providers that will show Foreign Bodies in Australia. If Foreign Bodies will appear with other providers further down the line, this table will be updated.

The cast of Foreign Bodies

Foreign Bodies is a great Drama movie, we’ve selected several other movie options that we think you would like to stream if you have watched Foreign Bodies

Foreign Bodies is a great drama show, we’ve selected several other show options that we think you would like to stream if you have watched Foreign Bodies