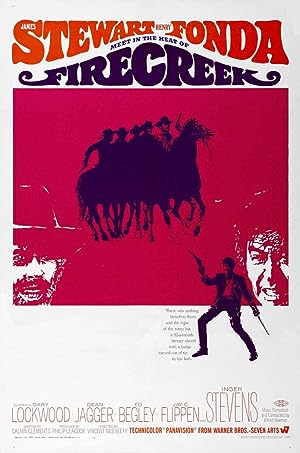 How to Watch Firecreek 1968 Online in Australia

The cast of Firecreek

What is Firecreek about?

Farmer and family man Johnny Cobb moonlights as a $2 a month sheriff in the quiet little town of Firecreek. When a gang of freebooters passes through, their leader Larkin, who is suffering from a minor wound, decides to spend the night. The gang members prove to be vicious, sadistic sociopaths who take advantage of the frightened townspeople, humiliating them for their own perverse amusement. Although Larkin disapproves of their behavior, his leadership role is tenuous, and he is reluctant to test it by exercising control over his men. The mild-mannered Cobb also seems hesitant to challenge the gang's antisocial behavior. Things come to a head when Meli, an Indian woman with a mixed race child, is sexually attacked by one of vicious psychopaths. Arthur, a mentally-challenged stable boy, comes to her aid and accidentally kills him. Cobb locks up Arthur pending a trial, but when the sheriff visits his pregnant wife, the gang breaks into the jail and lynches the boy. Cobb now realizes the time has come to act.

Where to watch Firecreek